Phoenix Reborn
"A response to the corona crisis and, by extension, the current state of the world," is how Tim Kliphuis characterises Phoenix Reborn, the triple concerto for violin, cello, piano and orchestra that he wrote for the NTR Saturday Matinee. "How should we deal with the world and the arts in order to prevent such a crisis and other disasters in the future, was the underlying question for me. The climate, in particular, plays a major role in this, because our future is completely dependent on it. Man must find a way to have a lesser impact on the earth.

"If we listen to the upcoming generation, a lot will happen, I think."

In corona time, Tim Kliphuis also made The Five Elements. In addition to the four well-known elements earth, air, water and fire, the fifth, 'Quintessence', stands for culture, for music, and for harmony with our environment. In the final part of Phoenix Reborn, a form of harmony also emerges, an interplay between the soloists and the orchestra. A way of making it clear that man and art keep rising from the ashes, according to Kliphuis. "During the past lockdown, I have been to schools and talked to young people about their vision of the future, and I have become very hopeful. If we start listening to the upcoming generation soon, a lot will happen, I think."

Ideal music
Kliphuis (1974) was trained as a classical violinist, but feels more at home in the old borderland between classical, improvisation and folk music. On his website, he quotes Ralph Vaughan Williams: "One day perhaps we shall find an ideal music which will be neither popular nor classical, highbrow nor lowbrow, but an art in which all can take part." Kliphuis immediately makes his mark with the composition of the solo trio in his new piece. Cellist Ella van Poucke is classically trained and therefore has an almost entirely notated part. Pianist Michiel Borstlap is a jazz pianist in every fibre of his being, has only chord charts in front of him and improvises almost everything. And the violinist Kliphuis is in between with a partly notated and partly improvised score. "Only in the cadenza of the third movement do all three of us improvise briefly. I'm very curious to see how that turns out."

In a number of sessions with the composer, the orchestra also became more familiar with the element of improvisation. Unlike when playing classical repertoire, for a jazz musician there are no 'wrong notes' - you have to dare to try things out...

Don Juan
Rhythmic precision in John Adams, beauty of sound on the border of romanticism and modernity in Franz Schreker... Also in his first mature symphonic poem Don Juan, Richard Strauss demands the utmost from his musicians. Immediately after the first rehearsals for the premiere on 11 November 1889, he wrote to his father from Weimar: "Everything sounds famous and comes across beautifully, even if it is terribly difficult. The performance will have the effect of an assassination attempt - fifty notes more or less will no longer matter."

with thanks to Paul Janssen, who wrote the programme notes

More music on the climate theme: Silent Earth by Swedish Karin Rehnqvist, NTR Saturday Matinee 29 January 2022: a vision of the world after the climate catastrophe. 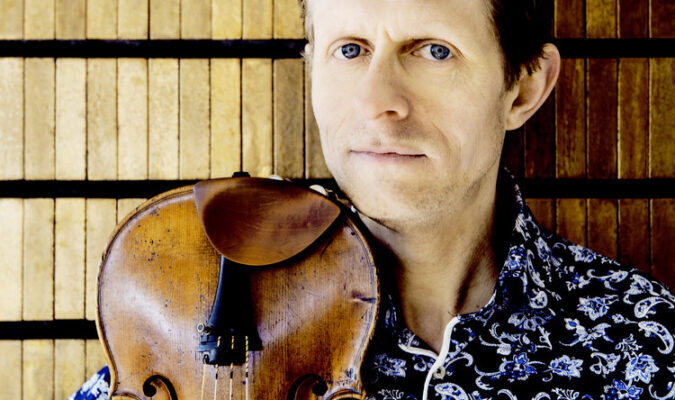