In The Four Seasons, Antonio Vivaldi set the four seasons to music in 1723. But the climate is changing and so are the seasons. Media artist Tim Devine and composer Hugh Crosthwaite created a computer model that allows them to hear climate change for the year 2050 for every location in the world; because the effects of climate change will vary from location to location, each region gets its own unique version. They used the climate change data of the International Panel on Climate Change, IPCC. The result of The Four Seasons for Amsterdam in 2050 was recorded by the NTR as The [uncertain] Four Seasons in Felix Meritis, played by the Radio Philharmonic Orchestra and concertmaster Nadia Wijzenbeek, with commentary by astronaut André Kuipers. Since his space travels, Kuipers has been committed to the sustainability of our planet, partly through his own foundation. Presentation: Beitske de Jong.

The broadcast can be watched on NPO Start via the link below.

The NTR will broadcast the recording on Tuesday 9 December on NPO Radio 4 in The Evening Concert. 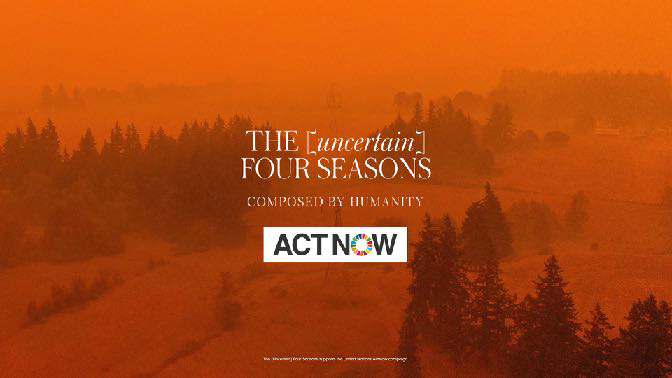