CANCELLED due to Coronavirus - Verdi's Requiem

Verdi's Requiem was high on Karina Canellakis' wish list, perhaps because Verdi's mass, which he wrote in memory of the Italian writer he adored, Alessandro Manzoni, has everything in it of a kind of musical Gesamtkunstwerk: it is ecclesiastical music, theater, opera and musical drama. All together a typical product of Italian Romanticism. It expresses a mosaic of feelings that were preoccupying Italians at the time: religious, patriotic, poetic, literary, and musical, perhaps a bit like imagining heaven. However, on the other hand, there is a threatening Dies Irae, which with its death cries, rushing strings and thundering drumbeats conjures up images of Dante's hell. In short, a piece of extremes that demands the utmost from the orchestra, choir, soloists and conductor. Also significant: when Verdi began the Requiem, he had already written 26 operas, Aida being the last. 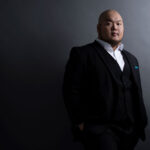 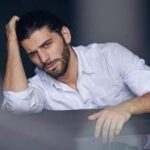