As an 'in memoriam' to Dutch composer Theo Verbey who passed away in Amsterdam on 13 October 2019, this concert opens with his orchestration of Leo Janá?ek's Piano Sonata 1.X.1905 'From the street'. The piece was an emotional response to the death of a young worker during a demonstration in Janá?ek's hometown of Brno. Hence the fragmentary musical upheavals, which are abruptly interrupted again and again. After that, the Croatian-Austrian pianist Dejan Lazi? will solo in Beethoven's Second Piano Concerto, a work with which Beethoven caused a furore as a palace virtuoso in Vienna in the 1790s. The concerto for an orchestra of virtuosos ends with a work that Béla Bartók composed in 1943 during his political asylum in New York. 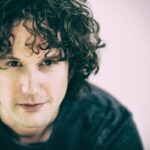